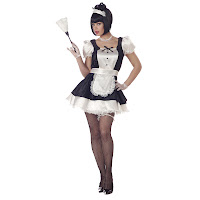 If you have any powers of observation at all, and you have been here before, you know that the blog has been tweeked over the last day or so. However, yesterdays changes were subtle - today's, not so much. I'm going to be doing some more housekeeping, both here and at WTWC between now and some time tomorrow. There is a handful of stories that have been stuck in my inbox for a while, and I intend to address them before the year rings out. We also lost a few icons I want to take a moment to remember. Molly Ivins, Kurt Vonnegut and David Halberstam leap immediately to mind.

And here is a teaser for ya: I have selected a video to close out the year that I will be posting right before midnight, and a few minutes after, I have one selected to start off the new year.

You may have noticed that there are several new additions to the blogrolls on the right, and there is a completely new blogroll on the left that lists this years recipients of the much-coveted Golden Monkeyfist Awards. (I'm still in shock. My jaw hit the floor so hard that I thought I might set off the New Madrid Fault.)

As I stare down the beginning of a new year and look back at the one that is drawing to a close, I realize that the True Golden Monkeyfist Award is a huge red cherry on the triple-scoop sundae of a damned good year for me. Before that, I got tagged twice for blogging circle awards, first as a Thinking Blogger, and again just last week with a Roar for Powerful Words.

I also went to Federal Court - and won. And I wasn't even a defendant!

That led to an interview with the New York Times (who I'm mad at now...) and that NPR interview I've already mentioned this week. And something of a snap-fight with a Kansas City Star political reporter over pseudonymous blogging. (I won that one, too.)

Anyway, I have set a pretty high standard over the last year for myself to live up to in 2008. I'm terrified of the sophomore slump. I want to start the new year fresh and focused and do more at Show Me Progress. In preparation for the new year ahead, I am cleaning my physical house and both of my electronic ones. I don't know if I'll post again before tomorrow afternoon or not. Maybe my gallant horseman will ride to the rescue and put up a powerful post or two. In the meantime, keep an eye on the sidebars for changes and spiffy new widgets, and perhaps the occasional update!
Posted by Blue Girl, Red State at 12/30/2007 07:12:00 PM