Last week in Iowa, the caucus turnout was tremendous. In fact, to say that it was record breaking would be an understatement worthy of the understatement hall of fame. Not only was the turnout greater, but Democrats outnumbered Republicans by a staggering factor.

Let me repeat, one more time, that this thing just got started, and is far from over. Two small, largely rural states have held their nominating contests, and less than a million people out of a country of 300 million have voted or caucused. Neither of the states that have weighed in really looks all that much like America.

But there are some interesting trends to take note of. For one thing, Democrats are fired up and turning out. Republicans are showing up, with dirge-music playing in the background. Independents are going with the Democrats in significant numbers. In both states, literally thousands more people have caucused or voted for Democrats while Republican numbers are, well, anemic.

What I am comfortable speculating about is the sell-by date on the Republican brand. It expired in late August of 2005. 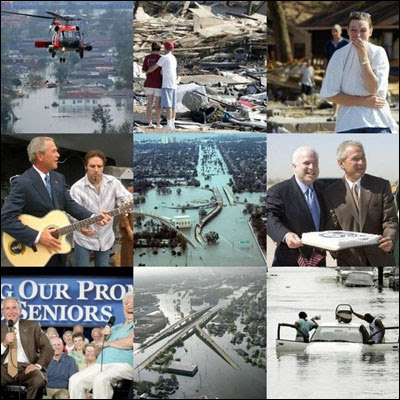