Howdy from Austin, Y'all

I am having a blast - and I took a little time to do what you are supposed to do when you're in Austin: I went with Kevin Drum to slam down some barbeque in Lockheart then I called up a local friend and we went to Antones and drank some Shiner Bock and listened to some really loud music, and then we went to some of his friends houses and hung out, and now I have a few more friends in Austin. That's how things are supposed to work, you see.

And if you don't have friends in Austin, you gotta get some. Carolyn wasn't at home, she is on the road - but the furry little red monster was available, and I gotta say thanks to his wife for letting him come out and play. That was really cool, and I really appreciate it. Because she is so cool and let him hang out with me, I have three new friends who were all involved with the kick-ass movie project I have been breathless over since one o'clock this morning when the DVD ended and I finally regained the ability to speak.

I have really been enjoying the conference. It was great to get to talk face to face with Wesley Clark and to shake Don Siegelman's hand and congratulate him on his freedom, and hear him thank us in return for our efforts on his behalf. It was nice to get to hug Darcy Burner and tell her in person how sorry I am about the fire that destroyed her house and how relieved I am that everyone escaped the fire unharmed. And it broke my fucking heart that the military issues panels were sparsely attended. What the fuck? People are dying over lies and oil - and the military issues panels are full...of empty chairs? It's all I can do to not break down and sob.

Lots of pictures after the jump... 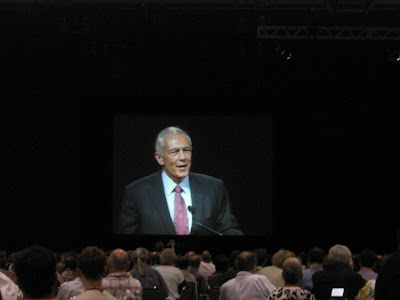 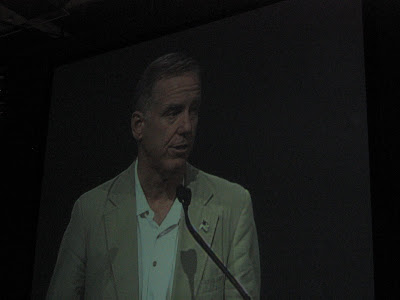 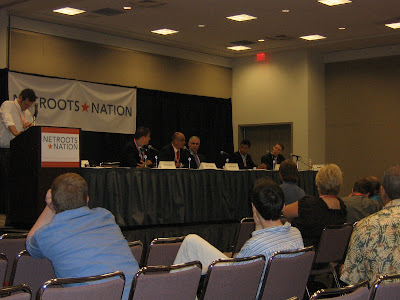 This mornings "Taking the Hill" panel - a panel dedicated to veterans running for office.
For this one, a few people showed up.
I got to talk to Lt.C. Andrew Horne, which was a great honor. 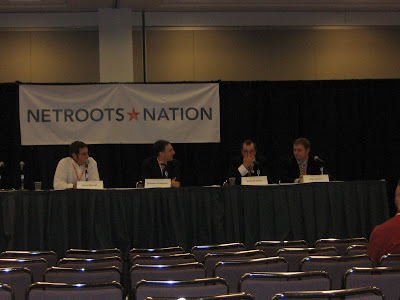 The Milblogging panel - all those empty chairs really pissed me off - on a visceral level. 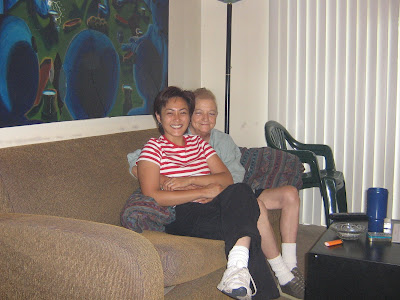 My new friends, and the subjects of Faith of the Abomination. 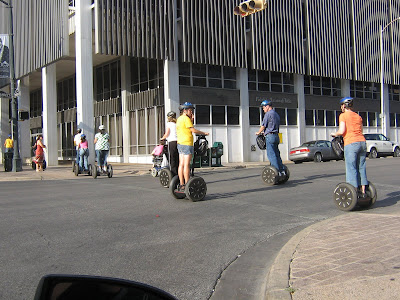 A class on Segue riding. Seriously. Don't think there is much threat
to the challenge to "Keep Austin Weird." 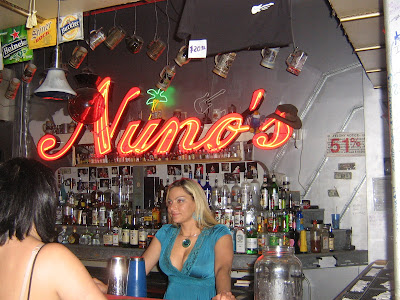 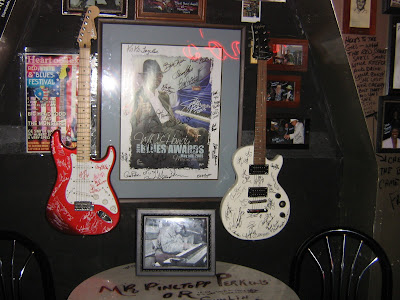 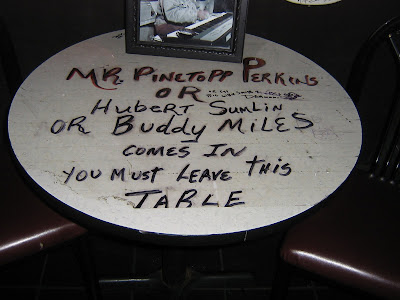 Yes, if they came in and you are sitting here, you will have to leave the table, and if you protest, you can leave the damned bar - a very large bouncer who answers to Tank will see to it. 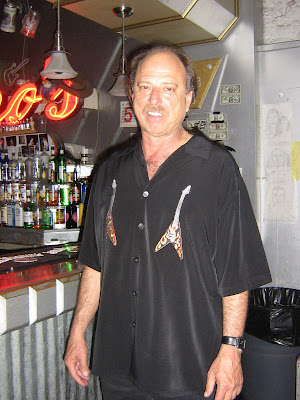 This is NOT Roger Naber - but he sure as hell looks like they could be related. I took the pic because he is wearing a shirt very similar to one my husband has, except the Flying V's are at an angle and they are red, rather than up-and-down and patterned. 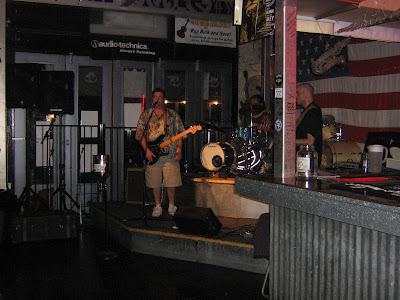 And the house band - this fine gentleman playing the blues - and doing so quite spectacularly - gave me a pic to lay at the base of the Stevie Ray Vaughn statue tomorrow - an act my husband has informed me must be carried out lest I not bother coming home. As I miss him horribly and want to return to his warm embrace, that will be done tomorrow - and documented appropriately.

And I am beat - I'm turning in and getting some rest - Tomorrow morning, it's Nancy Pelosi, and I have a question or three...and tomorrow we go back to Lockheart for more barbeque, and tomorrow night is my last chance at the bats, and I promised trex bats, and I'm a woman of my word...so my last day full day in Austin (I leave Sunday morning) is going to be pretty busy.

I will blog as time permits...