A few months back, the "Missouri" Political News Service attempted to pick a fight with yours truly. I had looked at their sad little site, and chose to ignore them, but somehow I got on their mailing list, and in spite of "unsubscribing" the spam kept coming, so I marked it as such and continued ignoring them. Although I did notice the website indicated they were located in Texas, but moved on to more important things, you know, things that MATTER, with a bemused air about that bit. phonies

Well! The jackasses I rolled my eyes and dismissed out of hand are not so innocuous!

In fact they are tools of the Swift Boat Liars for Perfidy! ("Tools" is the operative word here.)

I'll let Blog CCP explain, but I want to take a moment to give major, major props to the KC Blue Blog for ripping the band-aid off this festering sore on the Missouri body politic! 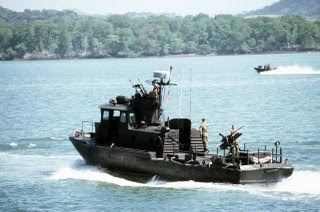 Don't mess with Texas!! The Swift Boat Captains in Texas aren't satisfied with just messing with John Kerry, they are quickly coming to the aid of Matt Blunt, too.


How do we know these Texans are Swift Boat Captains and attempting to influence Missouri politics through excessive donations to Matt Blunt and Jeff Roe? Who is Bob Perry? Check out the Wikipedia entry on his donations, including swift boat contributions and being the largest donor to the Texas Republican Party. KC Blue Blog did a great job of tracking Bob Perry's connections to Missouri Political News and Matt Blunt. It is really sad when Tom Delay and Karl Rove get donors to give to Roy Blunt and Matt Blunt. Go back to Texas. Leave us alone!

Of course, they are not going to. They will be a thorn in our side and a pain in our collective ass until inauguration day 2009. They are craven and crass and cowardly, but they are not going to go away, and we have to marshal all of our might to fight their spin and Texas propensity for lying with honesty and facts. Missourians demanding to be shown evidence are supposed to be the antidote for Texans and liars, after all.

A healthy dose of disdain, mockery and derision is called for, too. Start with the fact that the front-fool behind it calls himself "Scooter."